This project is based on "The Vision on Future Scholarly Information Systems (2019)", which was published by the Future Scholarly Information Systems Committee（*1） under the Council for Promoting Collaboration between University Libraries and the National Institute of Informatics（*2）. The project will be implemented by coordinating with library systems of the user libraries, with a view to establishing a library system and network which will handle digitized resources, such as electronic journals and eBooks (Figure 1).

The new electronic resource management service will be released in 2022, and the new NACSIS-CAT/ILL is expected to be launched in 2023. These new systems will contribute to the improvement and optimization of university library operations, and the digital transformation of access to academic resources (Figure 2). 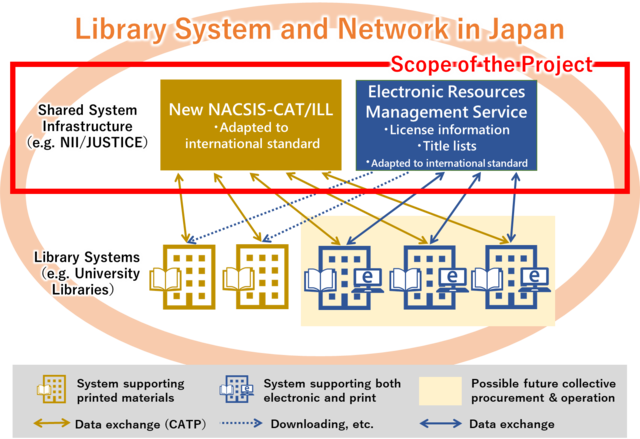 Figure 1: The proposed library system and network and the project scope

A catalog information service, NACSIS-CAT/ILL, develops a union catalog covering the resources held by university libraries and facilitates the interlibrary loan. It was a core business launched by the National Center for Science Information Systems (NACSIS), the predecessor of NII, in 1985. As of March 2021, it has 1,336 user institutions, 13 million bibliographic records, and 147 million holding records, assisting researchers and students with finding academic resources. Recently, the methods of resource management and distribution have been changing dramatically, due to the diffusion of digitized academic resources (electronic journals, eBooks, databases, collectively electronic resources). There was a pressing need to embrace the increased usage of digital academic resources among researchers and students, and a new system has been awaited.

In the existing model, NII provided the central system, and user libraries had linked their library systems to it through NII's original MARC format CATP. The central system was used for creating a union catalog and for interlibrary loan, mainly covering print materials.

"The Vision on Future Scholarly Information Systems (2019)", submitted by the Future Scholarly Information Systems Committee, proposed a new library system and network that handle electronic resources, and print materials seamlessly on the cloud environment (Figure 1). This project covers the "New NACSIS-CAT/ILL" and the "Electronic Resources Management Service" of the proposed library system and network.

To support continuous utilization and to accommodate emerging needs, the new system will adopt the international standard package systems and handle electronic resources. In addition, it is expected to lead to the advancement of the university library's functions and the optimization of system operations by the collective procurement and operation of library systems, which is currently being discussed by the Future Scholarly Information Systems Committee.

For the development of the new system, the following package systems will be utilized as base systems, and new functionalities required by Japanese users will be added. Kinokuniya Company Ltd. (Chairman and President: TAKAI Masashi, Tokyo, Japan) will be a contractor for the provision of these package systems.