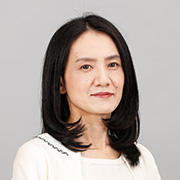 Research and development of inter-cloud technology

Cloud computing (the cloud) is a computing technology that orchestrates individual computers via network to use the computing power and storage capacity as resources. The cloud could be used to reduce capital investment in institutions such as universities. It could reduce its cost for office environments and it has flexibility to handle situations when resources are needed temporarily such as computer class for students. for practical classes using computers. Cloud could also respond quickly to future trends in any kind of platforms.

I have been researching resource management in distributed computing such as the grids and clouds. I have developed a technology to construct an international network path dynamically in order to perform analyses and computations using resources provided by various research institutions. I am currently working on fundamental technologies to allow users to easily construct their computing environment on a cloud and connect it to another cloud or clouds on-demand. This is to develop inter-cloud technologies. The Internet enables mutual uses between networks, whereas the inter-cloud connects cloud to cloud and allows more effectively beneficial uses. Security and performance have been an issue of the inter-cloud network. But the launch of the Science Information Network "SINET 5" which connects universities, research institutions, and multiple public clouds led to create an high performance inter-cloud environment to be build.

Advantages and future of the inter-cloud

There are several advantages to the inter-cloud. One of them is disaster recovery: When one cloud goes down due to a large-scale disaster, then another cloud in a distance place could take over the process running in the original cloud. Dispersion and redundant backup of the data are also possible. In addition, scale-out uses public cloud resources in order to maintain service quality in cases of resource shortage of the private cloud, e.g., a university with minimum number of computers.

Major cloud companies tend to enclosed users in their own systems, but the inter-cloud is a very important technology in the academia. The processing vast amounts at the experiments of data from Large Hadron Collider (LHC) experiments at the European Organization for Nuclear Research (CERN) contributed the discovery of the Higgs boson, for which the Nobel Prize in Physics was awarded in 2013. Systems that enables research institutions all over the world to share and process data instantly are needed for such Big Science.

Promoting widespread use of the inter-cloud

The bandwidths of infrastructure networks will continue to increase in the future, and having Tokyo Olympics soon, we will probably see many new applications with improved realism. The processing of these applications will be carried out in the cloud, so the amount of data will naturally increase. This will make technologies for managing data and resources on multiple clouds and the network between those clouds more and more important. Many issues will emerge and need to be addressed in order to use these technologies efficiently. I hope to provide environments that enable people to do what they wish to do, without noticing the usage of the inter-cloud, by developing fundamental technologies. 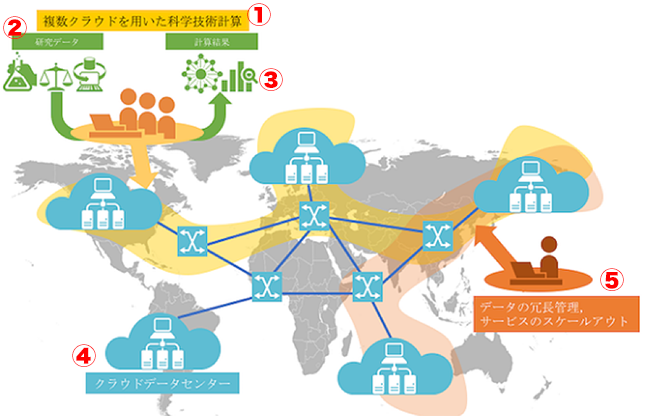