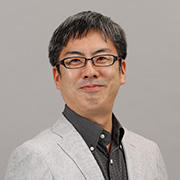 Elucidating the intriguing behaviors exhibited by the Internet

The Internet is connected with countless information processing devices, including personal computers. However, only a set of simple rules is specified for using the Internet for the transmission and reception of information. Individual devices follow these rules to perform communication anytime with any device for any length of time. Hence, there is no system that allows anyone to directly control the entire Internet. Each element constituting the Internet communicates with others individually. In fact, the Internet is an autonomous distributed system formed by many such devices. It is now known that, when individual devices perform their own operations on the Internet independently of one another, the Internet exhibits very interesting behaviors as a whole. I was intrigued by such phenomena and began research into them.

A pattern in communication traffic fluctuation

Enabling control of the Internet

One of the most fascinating aspects of this research is that locally applied rules determine the overall behavior of the entire Internet. What's more, by understanding the mechanism of the fluctuation, these locally applied rules can be redesigned to enable indirect control of the entire Internet. This is also an interesting aspect of the Internet, as it is not possible to attempt such a thing with a human body.

This research is very rewarding because it will allow us to better understand the inner workings of the Internet, which has grown too large for us to understand exactly what is happening within it, and may even allow us some measure of control over the entire Internet. I believe that this research will eventually shed some light on how the activities and emotional states of humans are projected onto the Internet, and I believe that knowledge will open up a whole new world for exploration.