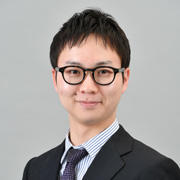 Making robots that cooperate with humans

I hope to unlock the mysteries of human intelligence using robots

I loved the robots in the Super Sentai TV series during preschool, and I dreamed of making a robot myself one day. At the senior high school I went to, many teachers had doctoral degrees, and listening to them talk enthusiastically about research made me think that it seemed very enjoyable and inspired me to become a researcher.

In my second year at university, I was impressed by brain-machine interface (BMI) technologies, which read brainwaves and use them to operate machines, and I became interested in the mechanisms of the human brain and intelligence. I pursued research on "cognitive robotics" with the aim of understanding the process by which infants develop and learn through interactions with caregivers such as parents by substituting this with interactions between robots and experimenters.

While at graduate school, I developed neural networks that enabled predictive learning of change in the external environment and its uncertainty, and I conducted various learning experiments using NAO, a small humanoid robot. For example, in "ball-playing interaction between robots with neural networks," two robots generate actions while predicting the movement of the ball and its uncertainty. To do this, the internal state of the neural network is dynamically updated to minimize prediction error, which is weighted according to the uncertainty. When the error is small, the robot repeats the same action in a stable manner, but when a disturbance causes error, the internal state updates, the action changes, and the robot settles into a stable state again.

During ball-playing interaction, both robots respond to a situation where the ball has rolled in a direction different from that predicted by adapting based on the principle of prediction error minimization, and as a result, it appears as though they have changed their way of playing (see video).

Through experiments using neural networks and robots in this way, I would like to unravel phenomena such as complex communication whose formation is difficult to explain.

Rather than giving necessary cognitive functions to a robot, I would like to develop a model based on the principles behind those functions and create a robot that acquires functions autonomously by learning. One idea that I am focusing on as a clue is the free-energy principle proposed in the field of theoretical neurobiolgy. Using this principle, human cognitive functions such as perception, action, attention, and learning can be thought of in a unified way as a free-energy minimization problem defined by the state of the external world obtained as sensations and the internal state within the brain.

Aiming to create a robot that can read situations

My ultimate dream is for robots to become capable of learning by themselves to communicate in the same way as people communicate with other people, and for humans and robots to be able to work in cooperation. I imagine robots supporting humans by thinking ahead, and I hope to create a robot that can read situations. 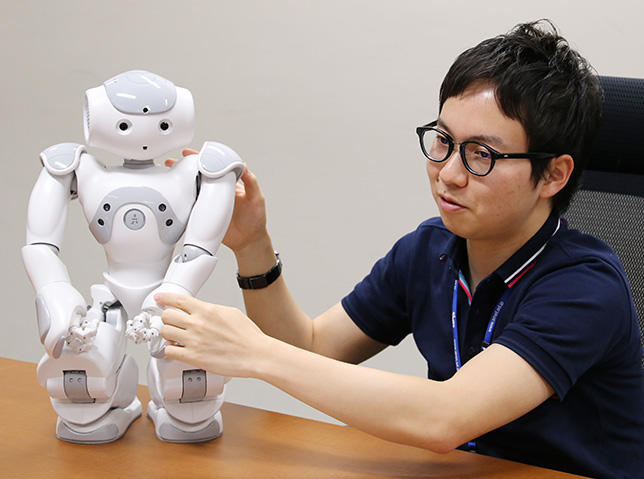 NAO, my buddy since graduate school.
NAO is always by my side during research. Robots learn gradually through interaction with their partners. There is a knack to teaching a robot, and if the teaching method is not good, then the robot may not learn successfully. I, as the partner, must also learn how to teach successfully.